World economic development is inseparable from industrial manufacturing, manufacturing cost control is difficult due to the increasingly competitive business environment. Multinational corporations moved their production bases gradually to the underdeveloped areas, it is difficult to sustain the cost reduction on the labor and raw material costs. Modern enterprises get more profit from the management and integrated utilization.

For businesses, the most important task is to smooth production process and decrease the overall costs. Industrial Maintenance has markedly effective performance in factory production especially the manufacturing plants depend on the production output rate as their profit base. Shutdown and production overload is the production life security line which cannot be underestimated. 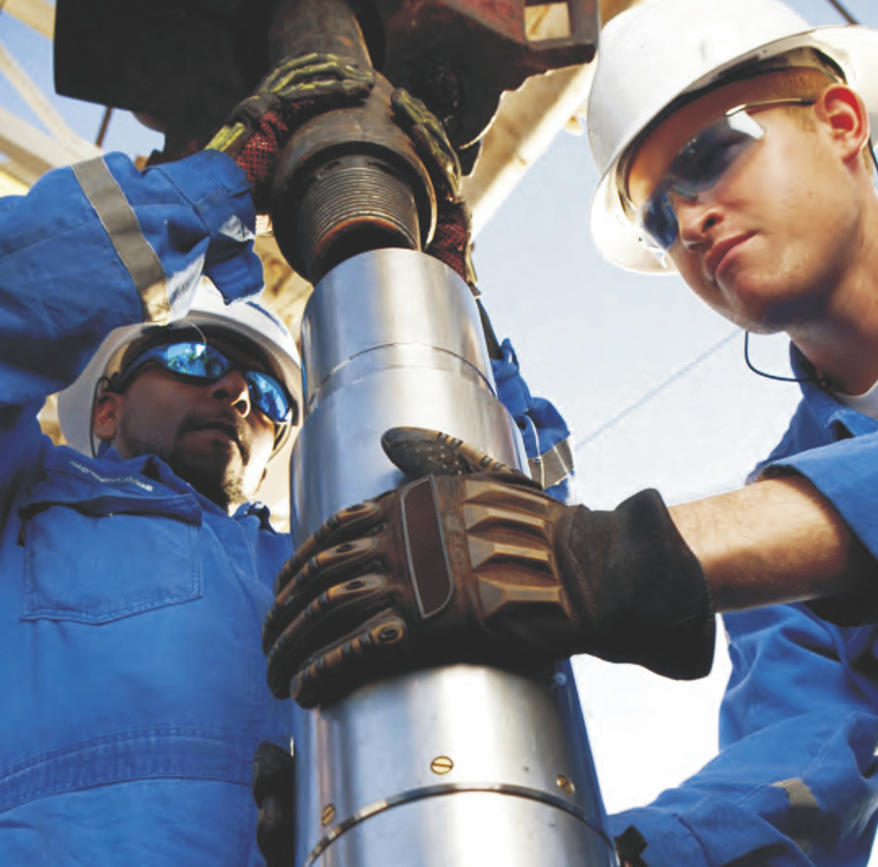 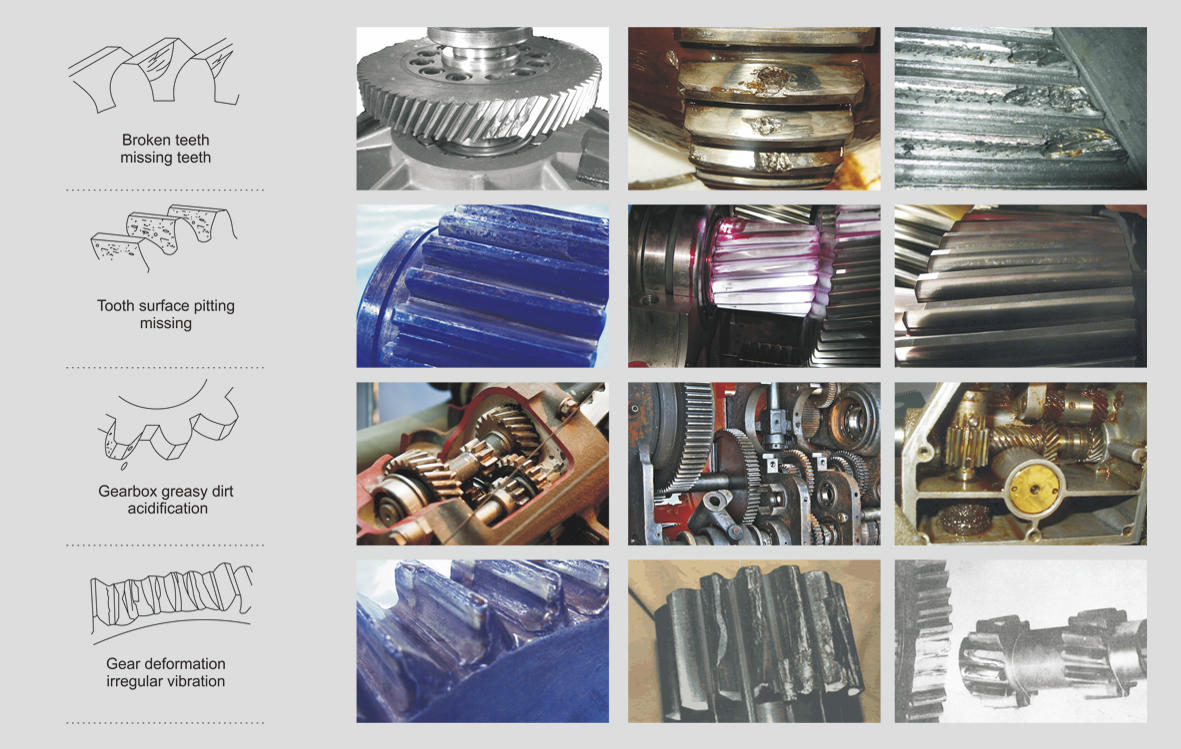 Broken teeth, missing teeth
Unqualified materials or long-term wear of the gear might cause cracking of the tooth surface, and sudden overload may cause the gear to break and fail.

Tooth surface pitting, missing
The initial sign of pitting is fatigue cracking. As these cracks expand and connect, eventually the tooth surface metal material will fall off, forming initial pitting corrosion, and it may continue to develop into expanding pitting, chipping or flaking.

Gearbox greasy dirt, acidification
The long-term high temperature in the gear box causes coking and accumulation of metal wear debris on the tooth surface and bearings, and the erosion of water and oxygen causes lubricant acidification and fouling in the gear box. 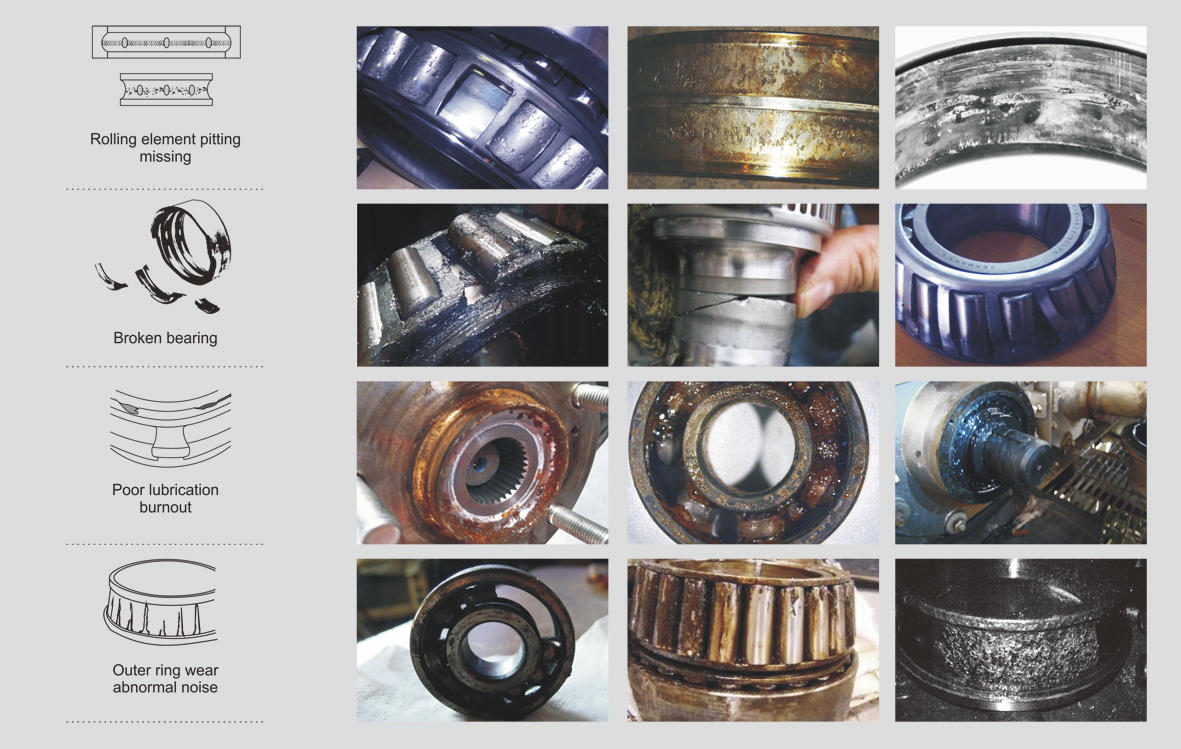 What will happen to the bearings?

Poor lubrication, burnout
In the case of poor or no lubrication, a small load or speed can cause the bearing to burn out. 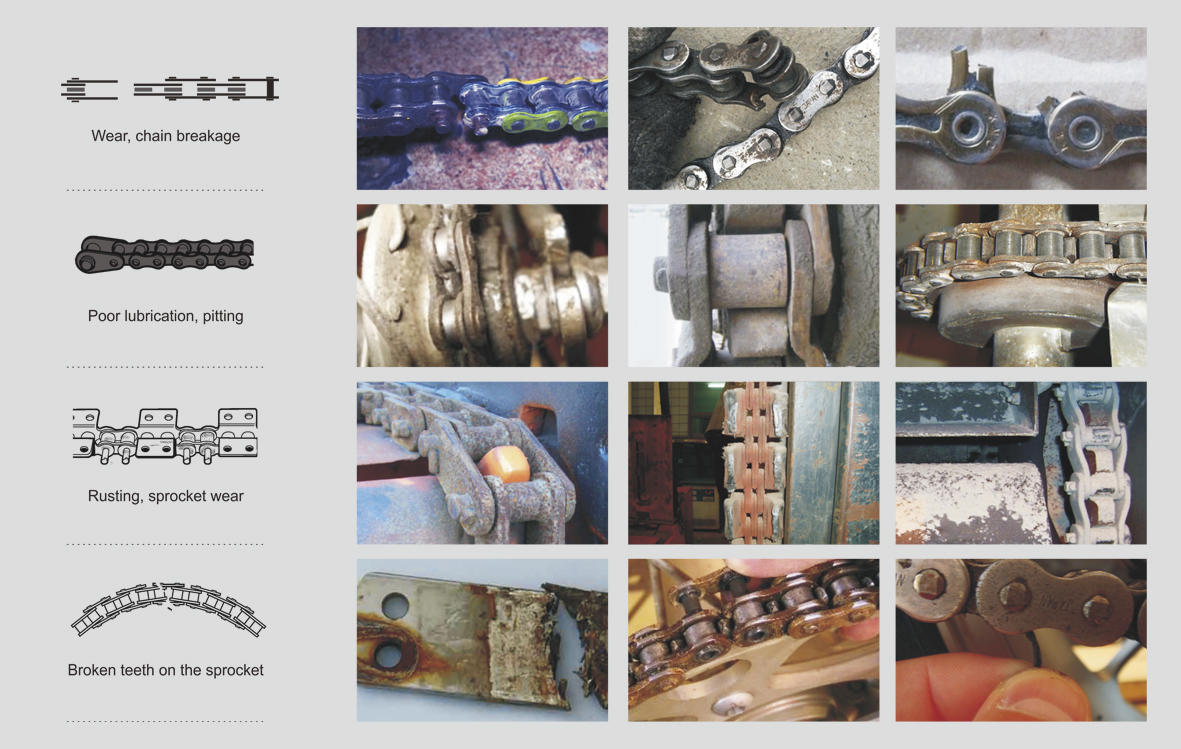 What will happen to the chain?

Poor lubrication, pitting
In the case of insufficient or inappropriate lubricants, it is difficult to form a complete lubricant film between the contact surface of the pin and the sleeve when high speeds or heavy loads occur, and direct contact between metals causes pitting or binding. 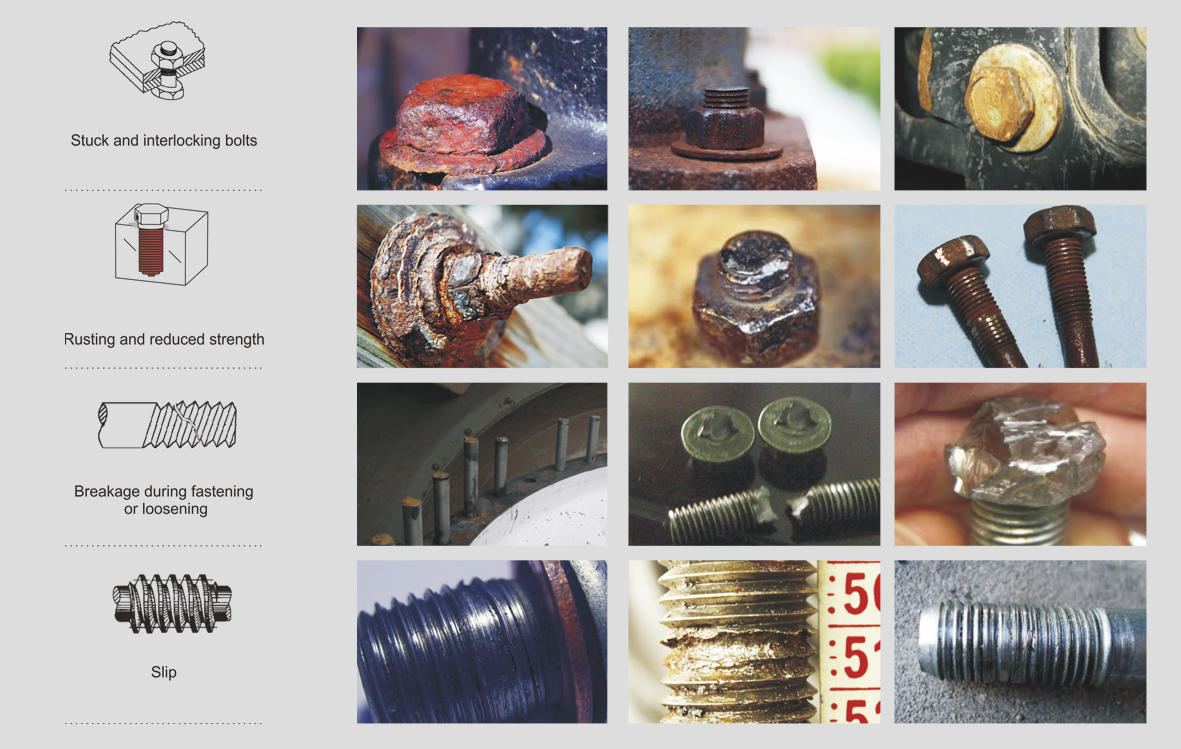 What will happen to the bolts?

Stuck and interlocking bolts
High temperature, heavy load or other severe working conditions will cause the screw pair to interlock, and they cannot be loosened due to tight fitting with each other.

Rusting and reduced strength
Water leaching, oxidation and chemical environment will constantly rust the bolts and the loosening and falling-off of the surface material will reduce the fastening strength. 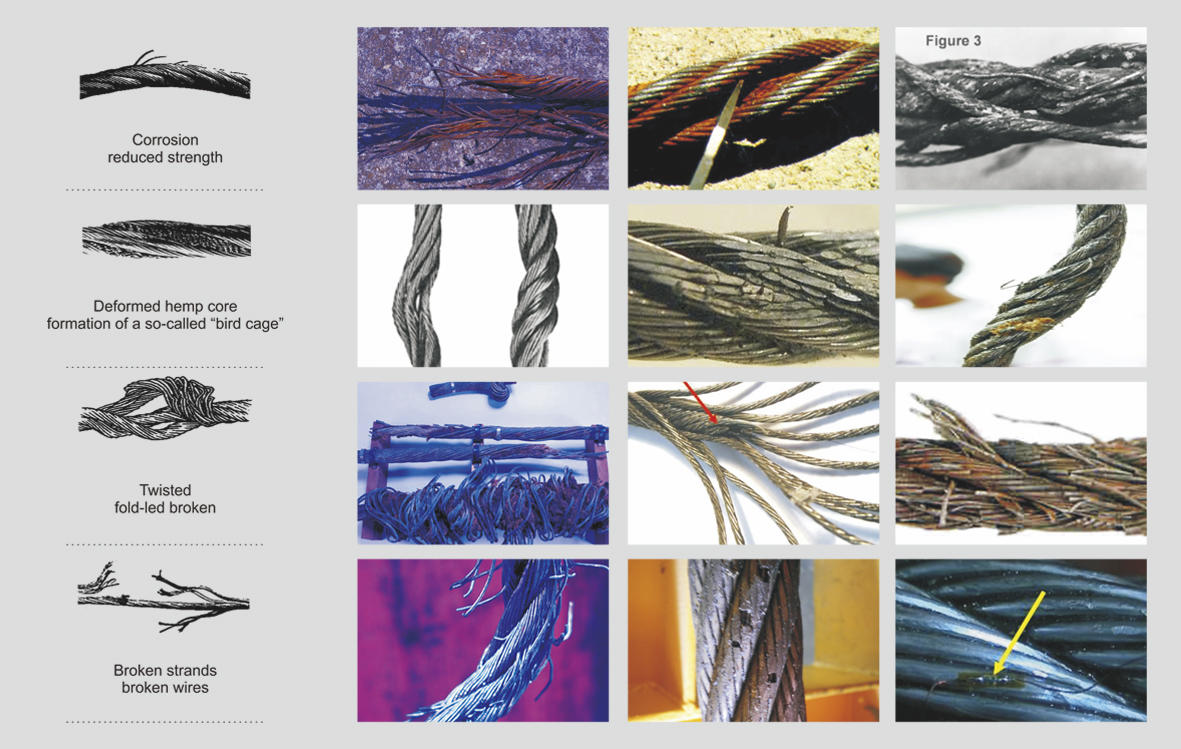 What will happen to the wire rope?

Corrosion, reduced strength
Corrosion can be caused by lack of lubricant, high temperature, weather erosion or other external damages which resulted in a reduced rupture force of the wire rope. It’s also difficult to determine how big the rupture force is.

Deformed hemp core, formation of a so-called “bird cage”
This deformation occurs when the outer strands become disjointed or become longer than the inner strands. Distorted wire ropes should be discarded immediately.

Twisted, fold-led broken
Kinking is a kind of deformation caused by the steel wire rope being tightened in a loop without being able to rotate around its axis. As a result, uneven lay length occurs, and extra wear is caused. In severe cases, the wire rope is twisted. Severely kinked wire ropes should be discarded immediately. 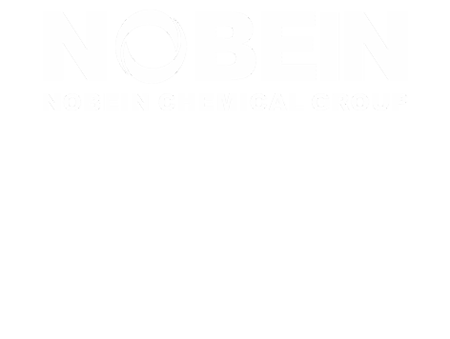 OUR CONCEPT
OUR CLASSIFICATION
OUR TECHNOLOGY
OUR SCHEME