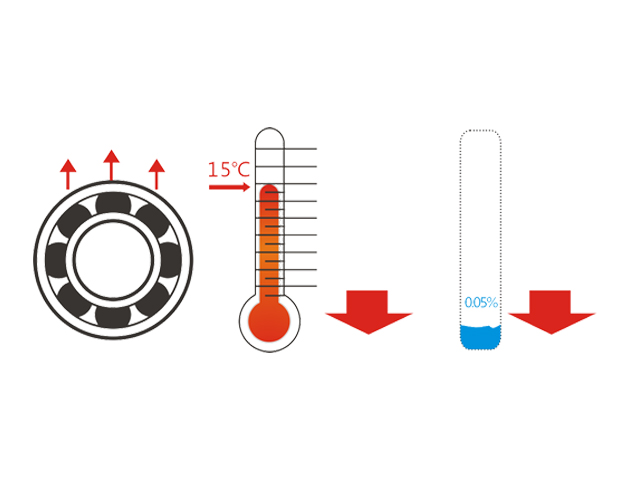 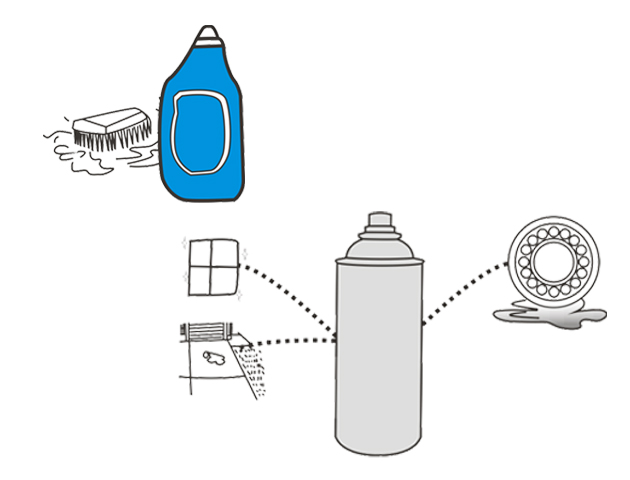 Unlike domestic cleaning products, industrial dirt is diverse, and it is difficult to have a cleaning agent that can remove more than five kinds of mixed dirt at the same time. This situation is not common in daily life cleaning;

Therefore, we advocate specific products for specific dirt. After a targeted evaluation of a certain type of dirt, a small pilot cleaning is done and then expanded to large areas. 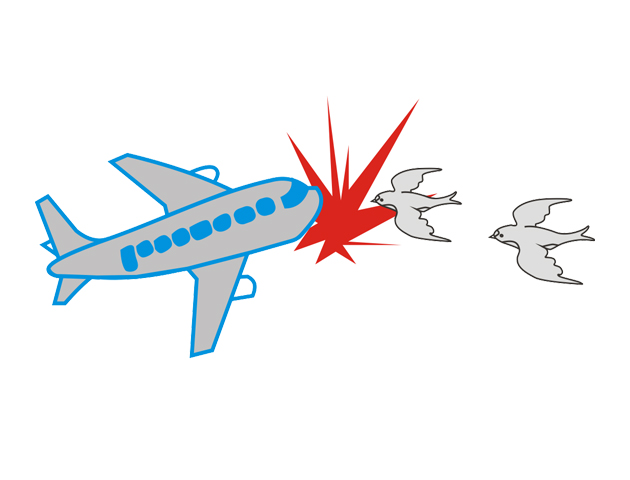 The lubricating state of equipment under high temperature, high speed and extreme pressure conditions cannot be taken lightly from a conventional perspective;
The result of a high-speed plane being hit by a bird is the same as being hit by a shell.
The cause of burnout of high-speed motor bearings may come from solid particles with a diameter of 100 μm. 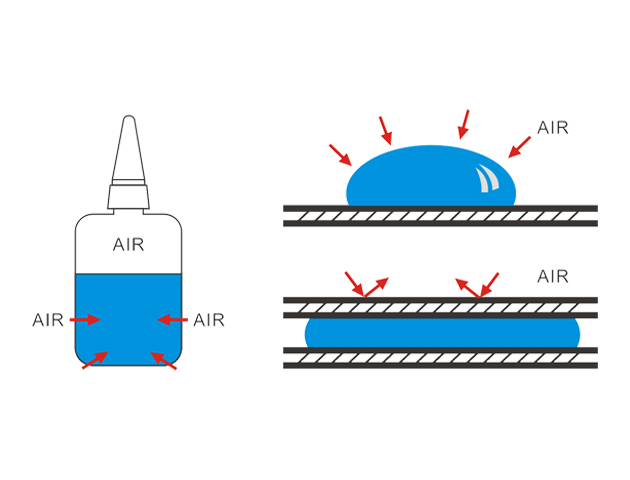 Like the development trend of the paint and coatings industry, adhesives are no longer obsessively focused on functions and applications with environmental protection being a new trend. The volatile organic compound (VOC), a substance that destroys the ozone layer, is also a common solvent of adhesives;

As part of NOBEIN's "Future Chemistry", we improve the friendliness of adhesives to the environment through technologies that replace solvents or gradually reduce solvents.

In the mid-1970s, NOBEIN launched the "Red-point" series of high-temperature lubrication products. "Red-point" refers to the red color in high temperature state. Once used, a red dot can be left at each lubrication point, which is convenient for tracking, inspection, and implementation of refueling work; hence comes the name.

From the start of the industrial revolution to the 21st century, the development of modern ocean, space, and atomic energy technologies has caused an annual metal loss of 30% of output. This direct corrosion loss accounts for 2.8% of GDP, of which 1/7 comes from the petrochemical industry;

The compatibility of chemicals and lubricants with sealing materials is directly related to the workload of maintenance work;

Sealing materials should be chosen based on oil types. "Like dissolves like" theory can be used as one of the methods for selecting materials. Nonpolar oils can easily dissolve material substances, and polar oils are easily absorbed into the material;

A variety of dirt is formed by dust, moisture, or chemicals at the production site of the manufacturing plant. Each "fouling point" is a microdefect which may develop into a huge hazard according to the theory of 300: 29: 1.

Equipment cleaning is to use a variety of industrial cleaning agents to wipe away foreign matters such as garbage, dirt, dust, cuttings adhering to the equipment, tools, parts, and the body of the machine, so that the production site can remain clean and free of garbage or dust.

Equipment cleaning is not only for cleaning, but also eliminates potential defects or damage by removing "fouling points". What's more important is that by cleaning, stroking and observing various parts of the equipment, it is easy to find equipment abnormalities and deal with them timely. 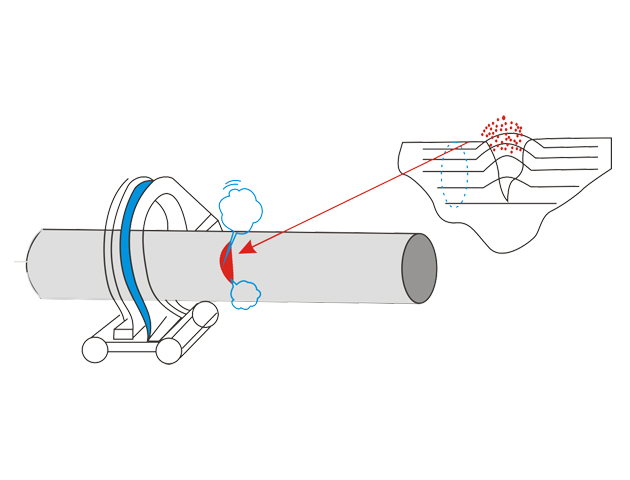 In industrial production, especially in chemical production, "gas release, steaming, dripping and weeping" is a description of the formation of leakage points.

Each "leakage point" is a hidden danger which will pollute the environment, worsen labor conditions, endanger human health, affect product quality, and even cause accidents with losses beyond estimation.

Getting rid of "gas release, steaming, dripping and weeping" is an important symbol for safe production.

Leakage is a systemic problem that requires a systematic solution.

The use of lubricants or additives with good compatibility and slight swelling function on the seals can effectively prevent the leakage of the lubrication system;

The improvement of the seal element itself is a key part of the system;

The application of anti-rust, anti-seize lubricants, fastening glue and sealant for bolts and flanges can make up for the defects of the sealing system;

Finally, for those small “leakage points” already formed, it’s best to use the convenient and strong leak repair adhesive for emergency treatment. 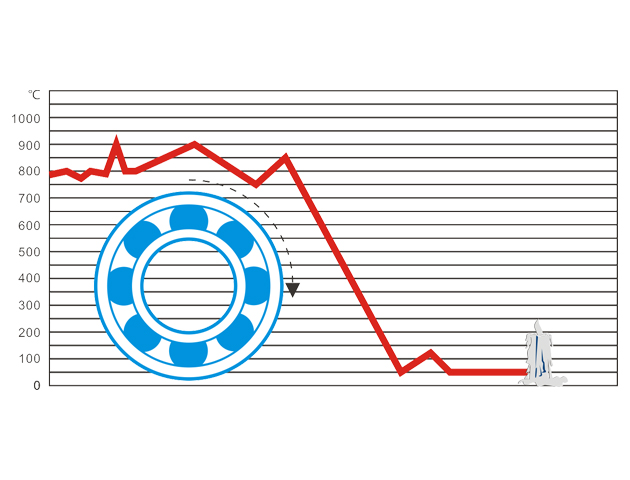 The mechanical movement of metals will release thermal energy when they are running. When the heat dissipation is insufficient, the heat generated by the thermal energy is concentrated at a certain point, and the temperature at the center of the aggregation point can reach an instantaneous value of 800-900 ° C;

When the heat is dissipated, the grease in this area is likely to melt and lose its lubricating effect after cooling.

When you run on the beach, you will find that you run much faster along the shore than on the beach or in the the sea;

For the same reason, the amount of lubricating grease filled in the bearing should not be too large or too small. However, it is difficult for the operator to strike a proper balance. After each time the grease is filled, the bearing will experience the effect of excess lubrication;

Studies on bearings have shown that 70% of bearing damage is actually caused by excess lubrication. Therefore, it is necessary to use high-performance and long-life lubricants. In particular, bearings that consume a large amount of grease will see greater impact.

Metal corrosion always starts on the surface, forming "rust spots", and then spreads to the inside, or at the same time spreads to other parts of the surface.

NOBEIN CHEMICAL GROUP emphasizes the use of a systematic approach to solve the harmful metal corrosion, that is, "clean-isolation-drive water-anti-rust paint."

First, keep it clean frequently, and then coat the equipment or parts with a layer of synthetic rubber "protective clothing" to effectively isolate moisture, oxygen and chemicals, which can greatly reduce the formation of "rust spots".

The "rust spots" that have been formed will accelerate corrosion and expansion if moisture is trapped in the lattice. The use of a rust remover with the function of replacing moisture not only removes rust marks on the surface, but also prevents internal "rust spots" from spreading.

For the already expanded "rust spots", use the anti-rust coating with rust conversion function. Small areas of rust can be treated at any time. Please perform anti-corrosion before large areas of hazardous rust scales are formed. Revolutionary progress of corrosion protection is that anti-corrosion practice constantly updates itself and is subject to the actual conditions.

OUR CONCEPT
OUR CLASSIFICATION
OUR TECHNOLOGY
OUR SCHEME